The following are some FAQs and rule variations that didn’t make it into the book. Check back on occasion for updates! 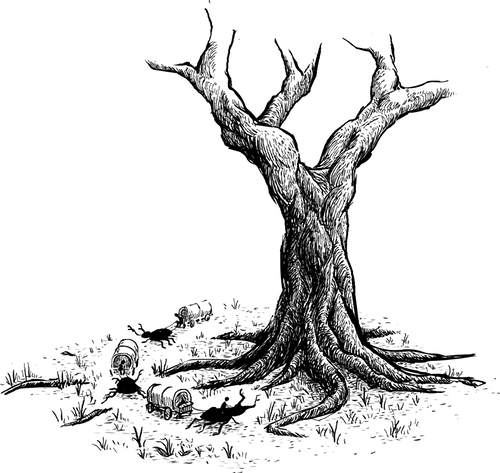 Q: I noticed that my character’s “starting luck” doesn’t seem to have a mechanical impact in the game. Is this true?

A: Yup! Starting luck is flavor for developing your character and coming up with a good back story. If you’d like starting luck to have a mechanical impact, feel free to start with a fortune token for “lucky” characters and a misfortune token for “unlucky” characters. This will impact every character’s epilogue, so make sure all players are okay with this variation before moving forward.

Q: I have a bunch of friends who have never played a roleplaying game before. How can I introduce them to this game without scaring them away with the long runtime?

A: If you have friends who are interested in roleplaying, but aren’t ready for a long game, gather everyone around just for kingdom and character creation. Kingdom creation is a great introduction to the game, and your friends can decide whether they’d like to continue the story!

Q: Is this a kid-friendly game?

A: Questlandia was a game designed with an approachable ruleset that’s quick-to-learn for ages 10+. That being said, it’s a game with some mature themes. Characters live in troubled, collapsing societies and the descriptions of character weaknesses (for example, a character who succumbs to drunkenness) may not be suitable for all ages.

We know of many kids and families who have played and enjoyed the game, so we invite parents and teachers to first read the book and then make an informed decision.

Continuing Kingdoms: Questlandia is a short-form game meant to be played over one or two sessions. Each time you play, you’ll generate a new kingdom. However, if you’re feeling attached to the characters or setting you’ve created in a previous game, there are many ways to continue the story!

You could also have kingdoms just tangentially connected to the original story. You could play as the bird people living in the trees your last kingdom chopped down for lumber. You can play as underground dwellers who hear the former kingdom’s residents thundering overhead.

Playing out different stories within the same world can lead to a richer understanding of the setting. Over time, you can create an entire world history!