In Questlandia, you’ll gather with friends to tell the story of a one-of-a-kind kingdom on the brink of collapse. Questlandia doesn’t have a game master, so all players share in creating a fun, memorable world. 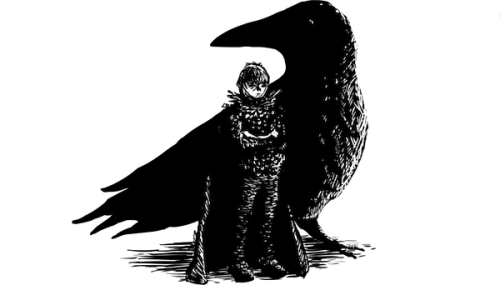 Players begin by working together to establish the features and norms of a fictional kingdom. This is a collaborative brainstorming process, with a bit of help from dice and cards to guide the story. A quick roll of a six-sided die determines your kingdom’s ambition (like conquest, or cultural prestige) and a deck of cards determines the nature of your kingdom’s troubles (civil unrest, sickness, wealth, and war).

Players will then go around the table suggesting features and norms. A feature is something like, “Our kingdom is built on top of the buried ruins of an ancient, fallen empire.” A norm is something like, “All citizens are required to wear masks in public.”

Throughout the game, players will take ownership of different elements in the kingdom. Ownership is Questlandia’s way of making sure all players get equal say in worldbuilding. It’s used to balance creative control and to make cool, immersive fiction.

Every player will take on the role of one character in the kingdom. Just like kingdom creation, character creation is guided by cards and dice.

Characters come from all walks of life. You might be a grand duchess, a master violinist, a penniless beggar, or a legendary healer. Whoever you are, you’ll be connected to other characters through an interwoven web of relationships.

In Questlandia, even the most heroic characters are prone to moments of weakness. What’s your character like when they’re at their worst? Do they lie, cheat, disappear, lash out, or succumb to carnal pleasures?

Every character in the game will be working to achieve a big personal goal, and will be thwarted by obstacles standing in the way of that goal. All the while, characters will have to contend with ever-increasing kingdom troubles.

During the roleplay, you can call for resolution at any point to learn the various outcomes of your scene.

Match your dice against the opposition’s dice to decide the outcomes of your scene.

Questlandia uses an outcome-based dice system. Each result has a narrative meaning—like losing a friend, discovering a secret, or putting your kingdom at risk. You’ll control the results by drawing on your inner strengths and allies, and by succumbing to your weakness in times of desperation.

After all players have taken three turns, the game concludes with an epilogue. Over the course of the game, players will accrue fortune and misfortune tokens as a result of their actions. These tokens are used to tell a story of mixed fortunes that describes the fate of your character and the kingdom as a whole.

By the end of a Questlandia game, you’ll have made a memorable world and seen the struggles of people living within it. In each game, you can create an entirely new setting to explore, or you can revisit your worlds to develop their history or future.

The emphasis is on satisfying storytelling, discovering a new fantastic world, and having a great time with your friends. Questlandia is great for both experienced and first-time roleplayers.