bugs and a dragon

After pondering pests, I discussed my bugs list with a few friends, all who vehemently contested the low ranking of furry spiders.  To each their own, I say.  Spiders just don’t bother me.

With that said, I would not be thrilled to encounter a thousand tarantula babies crawling out of tarantula eggs.  Nor would I be thrilled to discover a dozen fingernail-sized mice crawling out of a bloated mother mouse.  The former is not something I’ve witnessed, though a wolf spider once crawled across my chest while I was making out with my high school beau.  The latter I have witnessed firsthand.  It is horrible and terrifying and I’d rather not think about it.

The scanner is (sort of) working again.  I kicked it and it coughed a bit and the green light turned back on.

I drew this little dragon a few months ago, when I was first introduced to the term “vore.”  The initial idea was to draw something nestled comfortably in the belly of something bigger.  I guess I got bored before seeing that one through. 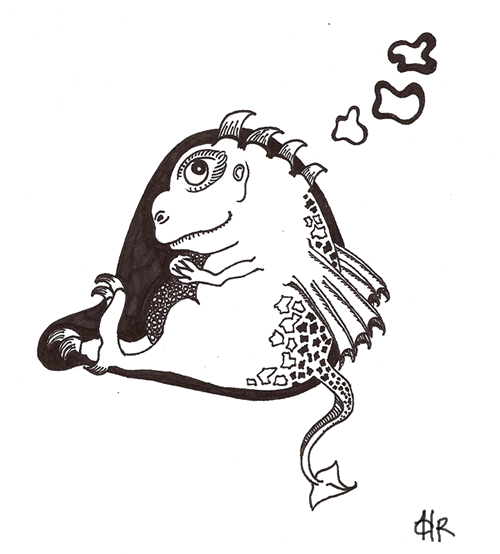