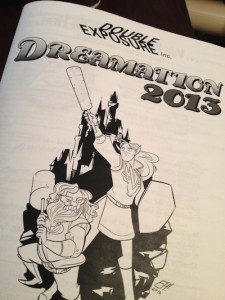 Snug as a bug in western Mass after a successful Dreamation 2013. The scope of my weekend was limited, so I can’t provide a comprehensive synopsis. Most of my time was spent preparing to run games, pondering new game mechanics, and catching up with friends.

I had a great convention debut of Questlandia, which is really coming together. The game is receiving overwhelmingly positive feedback; a good omen for a game that’s still in the playtest phase.

Friday afternoon, I had a nice Go lesson with Evan Rowland. Apparently, I’d be a better player if I just put stones down, instead of asking so many questions. 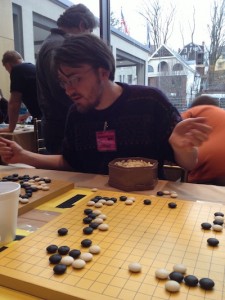 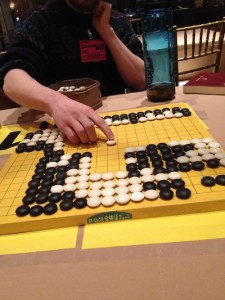 I didn’t play Mobile Frame Zero this time around, but I did grab a few pictures of mechs as Joshua wrapped up the Friday game. 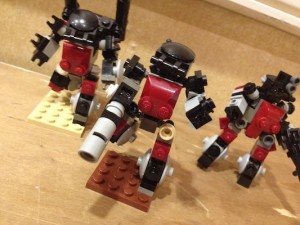 We had a solid session of Questlandia Friday night and a stellar session Saturday afternoon. It was a rare chance to play an RPG with my lovely little sister, and a great first game session with some of the NonProductive crew. Here’s hoping for a future long-distance game!

Saturday night, we enjoyed an absurdly sleepy game of Pandemic. There was much yawning, a bit of scowling, and an almost win. 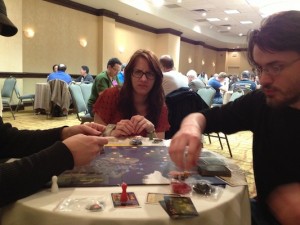 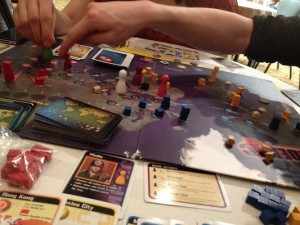 To top it all off, I got to witness grown men engage in a near-fistfight over a space alien board game. It wouldn’t be a true convention without that enthusiastic spirit of camaraderie! 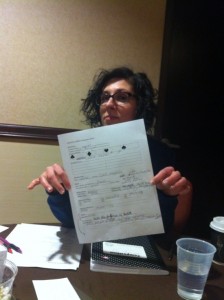 Friday night: bossing out with my Questlandia character sheet.