As summer rolls along, so does our progress on Noirlandia, which we’re on target to ship to backers in October! Here’s a roundup of the behind-the-scenes work we’ve been doing over the past couple of months. 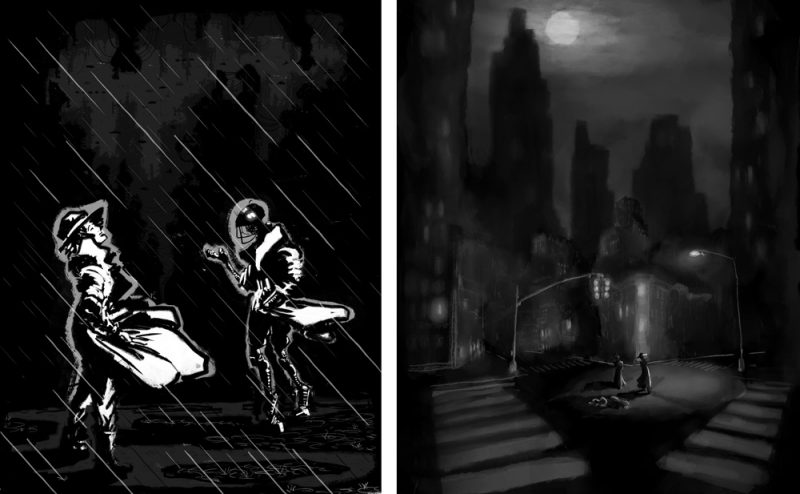 We’ve received all of the first drafts for the stretch goal quickstarts, and after a round of feedback and revisions, almost every writer has completed their final draft. The quickstarts had some tricky parameters, and it’s been great to see how everyone approached our weird project guidelines!

Here’s a snippet from the Tiraval quickstart, from Choice of Games author and editor Rebecca Slitt:

One of Evan’s big July milestones was to complete another full-page illustration for the book. The following illustration is the supernatural crime scene unlocked as part of our community stretch goals! 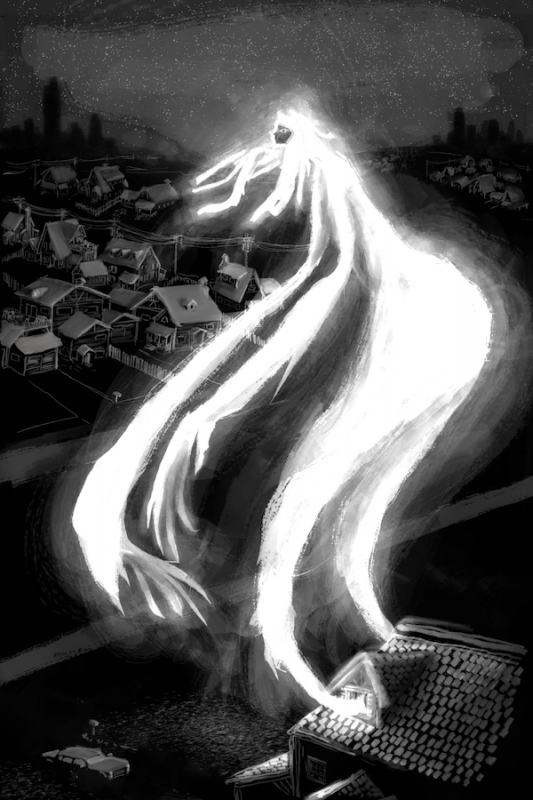 Right now, Evan is diligently completing the remaining rulebook art, then it’s on to noir portraits. We’ve received some amazing portraits from backers, and we’re excited to be working on them all! There’s a lot of art to make, but it’s going to be awesome!

In terms of writing, we’ve composed a new draft of the rules with an emphasis on clarity and flavor. We’ve also added example text, actual play samples, and a more careful ordering of game concepts. We’re currently working with our editor, Joshua Yearsley, who we interviewed earlier this year about the game editing process (interview here).

Snapshot of our work on the rulebook

In a few days, when we get our final rules “okay” from Josh, it’s on to the layout phase!

In preparation for the Kickstarter, we researched all of the sources for materials going into the deluxe editions of the game. Now that we know how many deluxe editions we’ll be making (nearly 100!) we have the opportunity to find better prices and quality from bulk distributors. This looks different for each of the many components involved in putting together the deluxe edition, so we’ll be testing and sourcing materials from lots of different places, including Amazon, Make Playing Cards, and Pouch Mart.

That’s all from us for now. In the meantime, stay cool. We can’t wait to share Noirlandia with you in October! 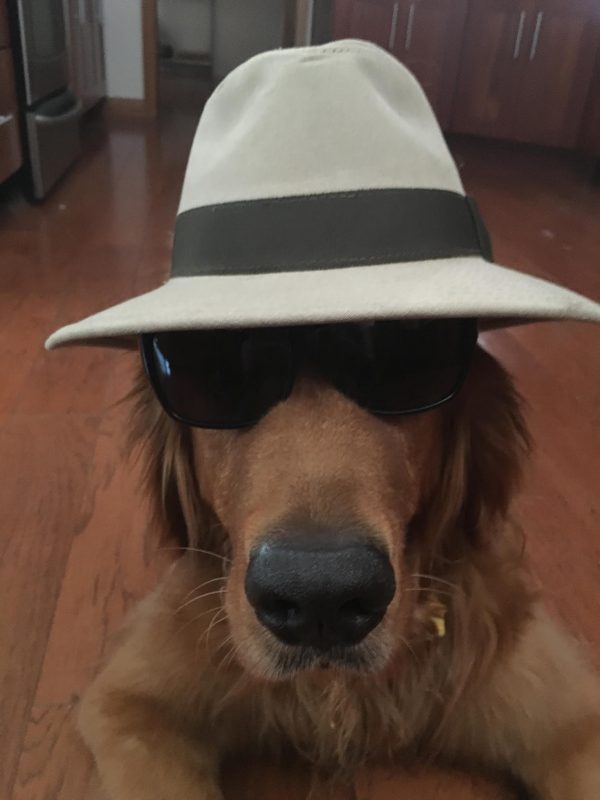 Noir portrait submitted by a backer. 🙂